Together..... we can make the world a better place..... Make a difference by sharing and caring..

Nice topic teacher realy loved the words,,
ya as you say i am with you ,,
i realy love him as i must

he is i think the hero of the whole world
thnx agane
love:
Kareemi 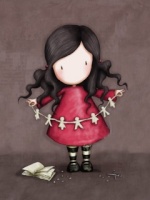 may peace be upon him his family and companion

thanks Islamic teacher, we surely are learning from our prophet Mohammed's ethics-justice-

we are waiting for the next update

ms Rehab...you are welcom
and all my student

The Muhammadan Forgiveness
To forgive means that the person no longer has the wish to punish somebody even when he has the ability to take revenge of the offensive. Allah Most High said to His Prophet, {Hold to forgiveness; command what is right; but turn away from the ignorant} (The Heights V., 199). When the Prophet, Gods blessing and peace be upon him, asked Gabriel, may peace be upon him, about the meaning of this holy verse, he said, «I shall ask the Omniscient, the Knowing». Then he came to the Prophet and said, «O Muhammad! God orders you to maintain close relation to the one who breaks off the relation with you, to give the one who takes from you and to forgive the one who oppresses you». The Prophet, Gods blessing and peace be upon him, patterned after his Lords order and he became proverbial of the three previous characteristics.

The following incidents are clear examples of the Prophets forgiveness:

1. Aisha, may God be pleased with her, said, «When the Prophet was asked to choose between two matters, he chose the easiest one if it was not a sin; but when it was a sin, he was so far from it. He never took revenge for himself but he only took revenge when Gods sacred rites were violated».

2. Ghawrath Ibn al- Harith confronted him (the Prophet) once and he wanted to murder him. The Prophet, Gods blessing and peace be upon him, slept under a big tree and so did his companions. Suddenly, the Prophet got up and saw the sword of Ghawrath above his head. Ghawrath said, «Who holds you back from me?» The Prophet said, God. Soon, the sword fell from Ghawraths hand and the Prophet took it and said, Who holds you back from me? The Prophet, however, left and forgave him. After that, Ghawrath went back to his people and told them, «I have met the best man in this world». Like this, the Muhammadan forgiveness was.

3. The morning which followed the conquest of Mecca, the Prophet entered the Sacred Mosque and found the men of Quraysh sitting with their heads bowing and waiting for the decision of the Prophet, Gods blessing and peace be upon him. He said, O people of Quraysh. What do you think I am going to do with you?. They said, «A gracious brother and a gracious nephew». He said, Go. You are free. He forgave them in spite of the various crimes they committed against him and against his companions. He did not beat them and also did not kill any one of them. May God be pleased with him and all his companions.

4. Lubaid Ibn al- Asam bewitched him but the Prophet forgave him. He did not punish him. He also did not even blame or admonish him. Thus, this attitude was an indication of the Muhammadan forgiveness.

5. On his way back from Tabuk to Medina, the unbelievers plotted to kill him. He knew their plan but he forgave them and said, It is never said that Muhammad kills his companions.

6. A man came to kill him, he discovered the mans plan and his intention appeared. The Prophets companions said, «This man has come to kill you». The man became confused because of the great horror and fear. The Prophet said, Do not be afraid. Do not be afraid. If you wanted that, I mean, killing me, you would have never dominated me. This means that the Prophet will not be murdered because God always protected him from the people (he was told about this by God Himself). So, the Prophet, Gods blessing and peace be upon him, forgave him despite the fact that he wanted to kill him.

yea thanks islamic teacher we are really learning alot form your topics ...

because you Always post the best topics in the forum .. Keep it up ..

Thanks for sharing this useful Topic

Love you all ,
Miss naughty

The Muhammadan Modesty
Modesty is a virtuous nature and this who loses it is a loser. It is a sign of belief. Its effect is shown in the face when it becomes red. It is for a woman as courage for a man. It is a virtuous, gracious nature. The Messenger of Allah, Gods blessing and peace be upon him said, 'Modesty is a branch of faith. He also said, Verily, modesty and faith are joined together». These sayings are in the Books of Traditions.

Of the signs of the Muhammadan modesty we mention the following:

1. Allah, Glory be to Him said, {Such (behavior) annoys the Prophet: he is ashamed to dismiss you, but God is not ashamed (to tell you) the truth}.
(Ahzab, or The Confederates V., 53.)
This is a testimony by God that His Prophet is a shy person.

2. Muslim and Ahmad transmitted from Abu Said al- Khidri, may God be pleased with him, he said, «The Messenger of Allah was more modest than the maiden in her boudoir (private room) and if he hated something, soon we noticed that on his face».

4. Anas Ibn Malik, may God be pleased with him, transmitted from Abu Dawood, he said, «A man entered the house of Muhammad and there was a yellow spot on his garment. The Prophet did not say anything because he used not to face anyone of something which is shameful. However, when the man went out, the Prophet said, If only you told him to wash this. By (this) he meant the yellow spot on the mans garment.

6. Because of his modesty, he never fixed his sight on the face of anyone.

7. Aisha, may God be pleased with her said, «The Messenger of Allah has never seen my private parts and I havent seen his».

yes we are learning from our Propet Mohammed's modesty and i hope that all of us remain modest no matter what great achievements we reach.

I wish benefit for everyone