Together..... we can make the world a better place..... Make a difference by sharing and caring..

Archaeological excavations in Bahrain have started to unveil gradually the existence of an "unknown" civilization the island of Bahrain witnessed between 2500-1800 BC, which is actually the civilization of Delmon, the very historical name of Bahrain.

Chairman of the French expedition teams, Pierre Lumpar, said the people of Delmon used to build their tombs during their lifetime, adding that these tombs used to take the shapes of towers and the already discovered tombs in Bahrain are but the result of gradual collapse for these towers.

The French archaeologist added that excavation operations unearthed eight large cemeteries including between 170-200 tombs, a figure which amazed the European travellers in the 19th century who believed, at that time, that the island (Bahrain) was used as a collective grave since ancient times.

Lumpar, who is a researcher at the national center for scientific research in France, said, "If the people of Delmon were not digging tombs to bury their dead, this would had been eventually because the land is rocky."

He indicated that the civilization has a mode of writing, but so far no trace of such a writing has been unearthed. He continued that the French archaeological team found at al-Bahrain castle site, which was undoubtedly the ancient capital of the island at the peak of glory of the Delmon civilization, cuneiform tablets which date back to Delmon civilization, especially the Mesopotamia civilization which flourished between 1420- 1250 BC.

The civilization of Delmon has reached its peak around 2000 BC. It benefited then from the abundant water springs and its geographical location situated between India and the Mesopotamia in promoting copper, diamonds and timber trade.

Royal tombs still exist in Ali province, extending under the current village which is built between the tombs. A British excavation team carried out drilling and digging works at Sa'ar site and the excavators could unveiled 70 houses.

Hope u Enjoyed the informaitions =D 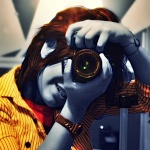 Love you all ,
Miss naughty 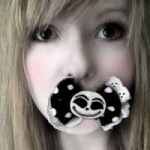